As many as 50 to 70 percent of all dementia cases are caused by Alzheimer’s, Alzheimers.net reported. However, other conditions can also cause dementia, such as Parkinson’s Disease and Creutzfeldt-Jakob disease. In addition, dementia is often incorrectly referred to as “senility” or “senile dementia,” which reflects the formerly widespread but incorrect belief that serious mental decline is a normal part of aging.

According to The Alzheimer’s Association, the symptoms of dementia vary greatly and can include factors such as memory troubles, communication and language problems, loss of the ability to focus and pay attention, difficulties with reasoning and judgement, and trouble with visual perception. However, different types of dementia are associated with different types of brain damage. 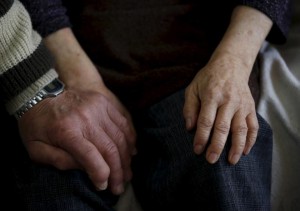 In addition, an estimated 10 percent of people with dementia have more than one type at the same time, with the most common combination being Alzheimer’s disease with vascular dementia, The Alzheimer’s Societyreported.

According to the Alzheimer’s Association, Alzheimer’s Disease is a specific type of dementia caused when high levels of certain proteins inside and outside brain cells make it hard for brain cells to stay healthy and to communicate with each other. This leads to the loss of connections between nerve cells, and eventually to the death of nerve cells and loss of brain tissue.

Here’s the major difference between Alzheimer’s Disease and dementia — when an individual is diagnosed with dementia, they are diagnosed based on their symptoms without actually knowing what’s behind the symptoms. In Alzheimer’s disease, the exact cause of the symptoms is understood. In addition, Alzheimer’s disease is not reversible, whereas some types of dementia, such as those caused by nutritional problems or a drug interaction, can be reversed.